In 1955 Karel Hartl undertook a biological experiment in the then Czechoslovak Socialist Republic, to breed the male German Shepherd Dog Cézar to the female Carpathian wolf Brita - with the first litter born on 26 May 1958.

The word 'experiment' is perhaps misleading as there was an intended purpose - to produce a robust, military working dog which would combine usable qualities & instincts of the wolf, with favourable qualities of the dog. 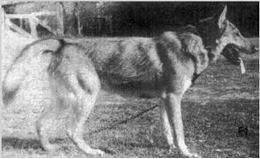 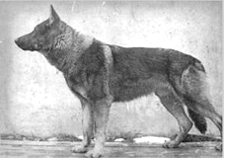 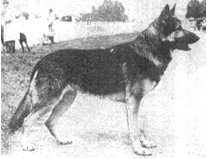 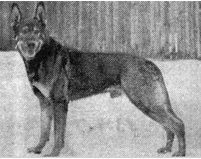 As might be expected, the first hybrid puppies closely resembled the wolf & in retaining much of their characteristic behaviours, were difficult to train.

Founding female Brita was mated to a second German Shepherd male called Kurt, which created the basis of a second line & a third was created by breeding male wolf Argo with female German Shepherd Asta.

In 1982 the Ceskoslovenský Vlciak was recognised as a national breed via the general committee of the breeders' associations & officially recognized by Fédération Cynologique Internationale (World Canine Organisation) in 1989.